~ Abortion – Its About The Blood ~ 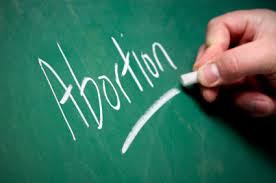 Feeling prompted to tackle some of the tougher issues in Christianity I have decided to start with abortion. I have always held a pro-life position since becoming a Christian because that is what I had been taught, however I had never taken the time to study the scriptures for myself on this topic until now.

As Christians we MUST live life in such a way that the Word of God is the FINAL authority on what we believe. Not what we have been taught, not our denominations position, and certainly not our opinion.

Some people think we all have a God-given right to believe what we choose, and they would be right, unless the person considers themselves  Christian. As Christians we no longer have a right to believe whatever we wish, instead we have a responsibility to find the truth and line our believing up with God’s Word. We relinquish all rights to frivolous believing when we make Jesus the Lord of our lives.

That being said I have found the Word of God very clear on the matter and I regret that I haven’t studied it out sooner. Abortion is wrong on so many levels but I am only going to address the few points that pro-choice believers seem to use as a technicality to allow them to justify abortion.

There is grace and forgiveness for everyone, including Christians who have taken part in abortion. I do not write this to condemn or judge anyone; God knows I have a full-time job judging myself. I am not pointing fingers but addressing this topic in light of scripture.

Jeremiah 1:5 says: ~ “Before I formed you in the womb I knew you; Before you were born I sanctified you; I ordained you a prophet to the nations.”

Who or what did God know and consecrate before the womb? A glob of lifeless tissue, random cells with no purpose? Or was it a child, a created being?

Genesis 25:21-22 b“…and Rebekah his [Isaac’s] wife conceived. And the children struggled together within her…”

Rebekah’s unborn twins, Jacob and Esau, are referred to as “children” (the Hebrew word used, banim, plural of ben), commonly refers to children after birth, or “sons.”

The unborn John the Baptist, “leaped in her [Elizabeth’s] womb” because he was in the presence of the unborn Christ Luke 1:41-44.

In Psalm 51:5 King David said he was sinful from the time he was conceived. He said this by inspiration of the Holy Spirit or it wouldn’t be in the bible. Therefore, he became a person at the moment of conception, for only a person can have a sin nature.

In the Old Testament, a criminal injury that caused a pregnant woman’s unborn child to die was treated the same as any other crime. The criminal was punished less severely, only if the baby was born alive, although premature (Exodus 21:22-24).

Exodus 21:22-24~ 22 “If men fight, and hurt a woman with child, so that she gives birth prematurely, yet no harm follows, he shall surely be punished accordingly as the woman’s husband imposes on him; and he shall pay as the judges determine. 23 But if any harm follows, then you shall give life for life, 24 eye for eye, tooth for tooth, hand for hand, foot for foot,

Job 31:13-15 ~ “If I have despised the cause of my male or female servant when they complained against me,
14 What then shall I do when God rises up? When He punishes, how shall I answer Him?
15 Did not He who made me in the womb make them? Did not the same One fashion us in the womb?”

The forming of a person in the womb is God’s work, not men’s work. This means that even the tragic cases of pregnancies due to incest or rape are no justification for killing the innocent child in the womb.

Ezekiel 18:20, prohibits executing or even punishing a child for the crime of his/her father.

The Life is in The Blood

Leviticus 17:11  ~ For the life of the flesh is in the blood, and I have given it to you upon the altar to make atonement for your souls; for it is the blood that makes atonement for the soul.

Within days of fertilization the chorion/sac is beginning to have its own blood supply through forming blood vessels.

It is interesting to note that the baby has its own blood supply, separate from the mothers, and can even be a different blood type. The baby is developing blood cells even before a conventional pregnancy test can come back positive.

Blood is not just natural, but spiritual, and to me this settles the entire issue. It was blood that God chose to make atonement for sins in the Old Testament. It was the blood of Christ that was spilled for ALL mankind and redeemed my soul from destruction. Even spilled blood that has no natural life is still alive spiritually and that blood has a voice. Look what happened when Cain killed Abel.

Genesis 4:10 ~ And He said, “What have you done? The voice of your brother’s blood cries out to Me from the ground.

If Abel’s blood cried out and God heard it, how many cries does God have to listen to daily from the spilled blood of innocent unborn children?

Despite the claims of pro-abortionists that unborn babies are disposable clumps of tissue, they are human, created beings right from fertilization. Despite the fact that scientific evidence of blood cell development occurs a few days after fertilization, all the DNA coding needed to build a human being is there in the fertilized egg. Undeniably, even the two basic cells are alive and God ordained regardless of circumstance.

SUMMARY ~ Biblically, life definitely begins at conception.  Abortion is evil, not just because it takes an innocent life but because what is happening in the womb is the unique work of God. Abortion is an assault on the Creators right as the King of the Universe to bring an eternal being into existence on the earth.

To attack the eternal being in the womb and kill him or her is to assault God. God is making the child, not man. God is weaving a unique image of his own divine glory with the purpose of showing forth that glory in the world. Killing the child is an attack on God’s glory and is treason against the Most High God.