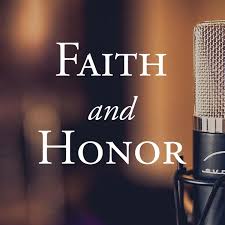 In reading Luke 7, the account of the centurion’s servant being healed and his great faith, I noticed something that I believe is the key to The Roman’s faith, and the main reason it is recorded for us in the Bible.

In Matthew 8 it says the centurion came to Jesus, But Luke gives us a more detailed account. The centurion didn’t come to Jesus at all! He sent his Jewish buddy’s because he knew the Jews saw Romans as gentiles and not heirs of the covenant. We know his friends were Jews because in Luke7:5 they say ” he has built us a synagogue.”

The centurion never came to Jesus because he didn’t see himself worthy. (Luke 7:7) and (Matthew8:8). He honored their beliefs as much as he could and still got his request made known. But then it occurred to him, I am not even worthy that Jesus should come under my roof, that would be a violation of their tradition and could bring Jesus into a bad light. So he sent more friends to stop Him before He arrived.
This was not the false humility the we often see among Christians, but a genuine concern for the wellbeing of Jesus and a deep sense of honor for His position and authority. He thought about every detail of what he was asking Jesus and how Jesus would be affected, not just about what he needed. His desire was not to cross any lines that would be dishonorable or inappropriate.

The centurion knew that he didn’t come under the authority of the Jewish God because he was a gentile. Yet he recognized that Jesus not only had authority, but power to exercise that authority. He knew if he could get that authority to acknowledge him, he would have his request. However, the roman was not going to do it at the expense of his honor, or the honor of another person in authority. It was the centurions honor that showed his level of faith.
Faith in God is revealed by a persons actions, not just words. Jesus Himself said in Luke 6:46  “Why do you call me Lord, Lord and not do what I say?” What is Jesus implying here? Is He saying “If I am really your Lord, you will do what I say?” Is He saying, “I am not your Lord because you fail to honor me with your disobedience.” Both are true!
The reason we do not see more signs, wonders and miracles today is simply because we don’t properly honor the One who has the power to produce signs, wonders and miracles. We honor God with our lips but our hearts are far from Him. (Matthew 15:8, Isaiah 29:13)
When you have the free will to do whatever you want, what you actually do shows your heart, not what you say. True faith must have the appropriate corresponding action attached to it or faith is dead. (James 2:20)

Faith in God is made evident by honoring His position as creator, His authority as our Lord, and by obedience to His word. When these conditions are met, the power of God becomes readily available, and easily accessible.
Honor releases the power that authority contains!
JC

Comments Off on Honoring God = Faith